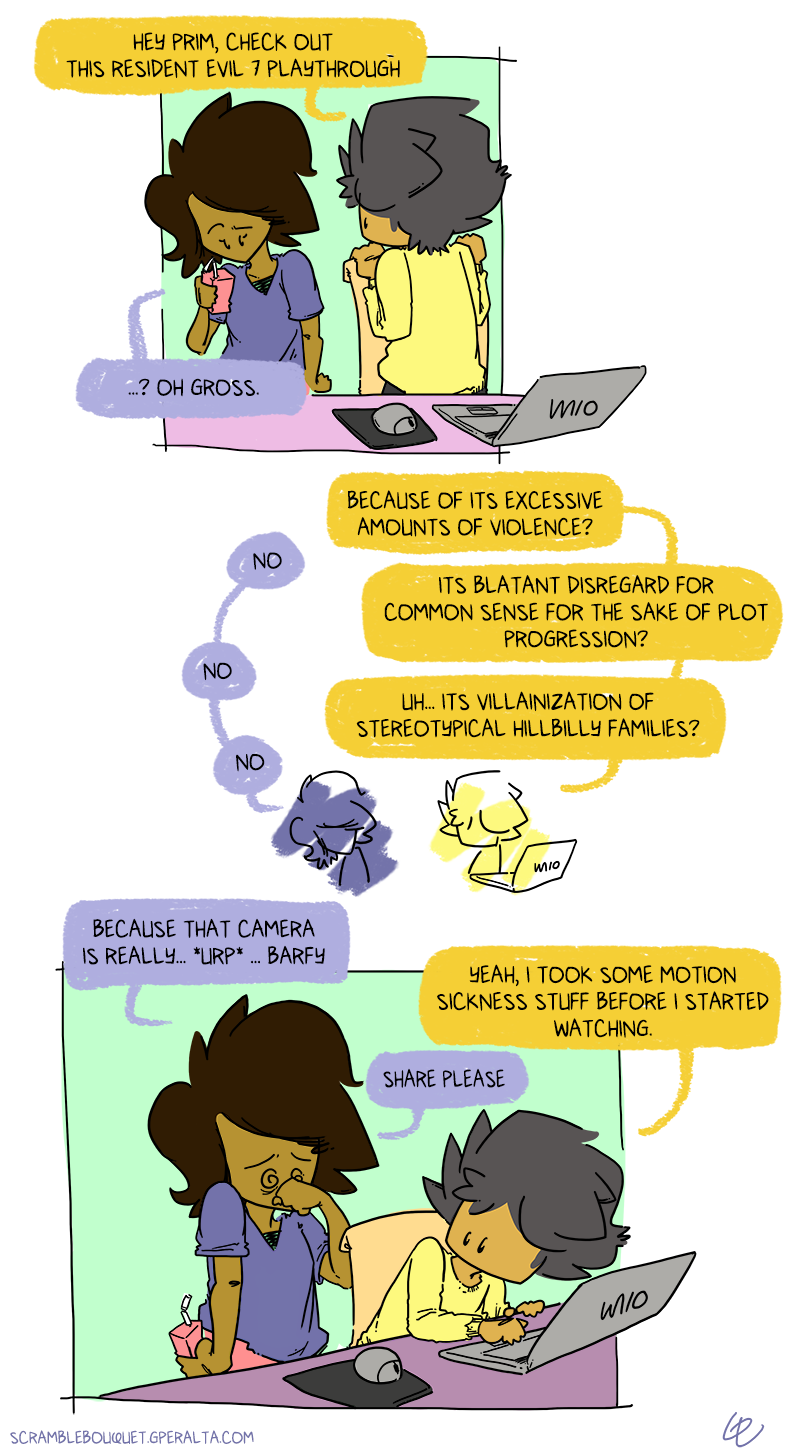 Full disclosure: I don’t have any of the consoles or a strong enough computer to play RE7, but dang if the majority of the Let’s Plays for it are barfy. I’m sure it’s one of those things where you don’t really notice it if you’re the one playing, but still… modern games are so foreign to me. By which I mean the majority of games taking place in a 3D environment requiring movement along 3 axes because I’m an old man.

EDIT: Aw crap, today’s hourly comic day, so uh… look forward to that too I guess. Follow on my twitter (@daemoncorps) to witness the struggle in real time.